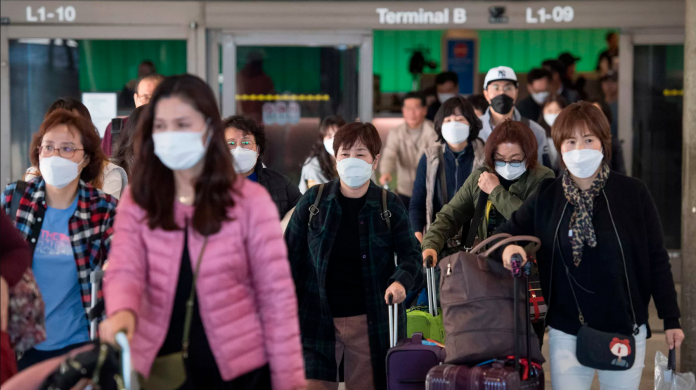 Corporate America is following the public’s increasing concern over Coronavirus. Microsoft has 2 confirmed cases and is now implementing policies aimed a preventing the spread of the virus. The company is encouraging employees to work from home given the office environment of close proximity and quarters where large groups of people gather. They’re hoping to reduce the number of people who may come into contact with Covid-19. Microsoft has about 54,000 workers in Washington state where it is headquartered near the epicenter of the outbreak in Washington State. Washington has 70 confirmed cases of the virus and 11 people have died so far. Eight residents have died at the Life Care Nursing Home at the center of the Washington outbreak. Now, dozens of police and firefighters who initially helped patients are now showing flu-like symptoms and forced into isolation.
Other large companies in the area including Microsoft and LinkedIn are following Microsoft’s lead. Facebook closed their offices until next week. Amazon said one of its employees tested positive for the Coronavirus and is currently in quarantine. They are encouraging employees to work from home until end of March. Amazon has about 45,000 employees in Seattle. As a result, shoppers and tourist desert Seattle as officials urge people to avoid big crowds. Some areas people describe as a ghost town. Meanwhile, the University of Washington is working on developing their own Coronavirus test as a faster way to get more people tested locally. The lab would be open 24 hours a day.

ABOUT US
DailyBetterHealth is your go to source for health trends, tips, and information
Contact us: [email protected]
© 2019 dailybetterhealth.com. All rights reserved.